How to Make Him Miss Me ? Ex Boyfriend Advice You Need to Read!

“I wish I knew how to make him miss me.” You wouldn’t believe how many women, just like you, wonder this very same thing after a break up. When your mind is constantly consumed with thoughts of your ex boyfriend, it’s hard to devise a clear plan to get him back. We tend to turn to the people around us for guidance. It seems like a great idea but they often love you too much to give you their honest opinion. In most cases, the people you’re asking advice from haven’t ever successfully gotten an ex back. This isn’t a situation you can mess around with. You have to get this right the first time. You’re on the right track thinking that getting him to miss you is the key to making him want you again. Now all you need is to know how to make it happen.

When you’re trying to figure out how to make your ex boyfriend miss you don’t let things get too complicated. We tend to think that devising these elaborate plans to get an ex to miss us is the way to go. Some women believe they need to contact their ex and tell him that they’re taking a trip abroad to think and then they hide out in their apartment for the duration of their pretend trip. Other women resort to having their best friend call the ex asking if he’s seen her lately because she’s missing. Although these both sound great when you’re overwrought and trying to get a man back, they’re recipes for disaster.

If you want to get your ex boyfriend to miss you, you need to do one very simple thing. You need to stay away from the man for a few weeks. There shouldn’t be any major announcement tied to this. You don’t need to call him up and warn him that you’ll be out of touch. In fact, doing that defeats the purpose.

What you do need to do is get yourself so preoccupied with other things that you don’t even think about calling him anymore. If you can fill your days with things you love doing or try new things you’ve always wanted to explore, your ex boyfriend won’t be on your mind as much.

The key to getting your ex boyfriend to really miss you is to just disappear. No fan fare is needed at all. You want him to come to the realization, on his own, that you’re no longer chasing after him. It has to appear as though you’ve given up and moved on with your life. The best way to do that is to embrace all the other areas of your life and start living and laughing again.

There are other crucial steps that every woman needs to take if she wants to get her ex boyfriend back. Doing the wrong thing can mean the end of the relationship forever. Find out what you should and shouldn’t be doing from this Helpful Site!

Don’t give up on him if you believe he’s the man you are meant to be with. There are specific methods you can use that will make you irresistible to him again. 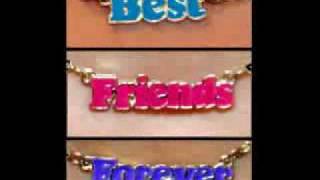 Read More on Getting Your Ex Back
Posted in Get Ex Boyfriend Back | Tagged Advice, Boyfriend, Miss, Need, Read