My Worst Interview With Miss X

After 12 years as a recruitment consultant I have given my fair share of advice to candidates on what to do (and what not to do) in an interview. My company based in Chichester, (near Portsmouth) needs a new junior recruitment consultant and the task of interviewing fell to me. The reason I am sharing the interview I have just carried out, with let’s call her Miss X, is because it was one of the worst interviews I have ever seen and there are lessons to be learned. 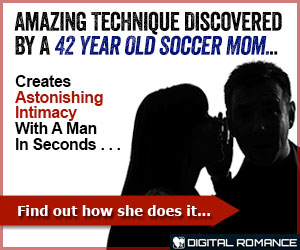 Starting from the very beginning, Miss X made the first big mistake. She was late. Not really late but 10 minutes late and as I was trying to fit 6 interviews in, one after another, this was very annoying. So in she strolls with a barely mumbled apology and the interview begins. She sits down and does not remove her coat. Strange. I spend some time explaining about the role and my company. During this time she appears to be looking through the window behind me. Annoying. I ask her if she has any questions about our company and she asks what sectors we cover. What? I ask her if she has looked at our website to which she informs me that she has not. This interview was arranged over 2 weeks ago and she has not thought to check our website? Not good.

I persevere. She was invited to interview as she appeared to have a decent CV so I pull that in front of me and begin to talk to her about her experience. Her CV says that from 2007 to 2008 she worked as a recruitment consultant so I ask her about her time there. She talks about the computer system they used and the adverts she would write. I ask her about prospecting clients. She doesn’t seem to understand the question so I ask again how would she go about getting new business. Her slightly flippant response was ‘I would do it however you told me to do it’. Alarm bells are ringing. I press further and ask, as her CV does not give the months she started and finished, how long was she there? She finally admitted that she started in November and left in January! So not the at least a year her CV seemed to imply. My gut feeling is that she was also lying and was actually an administrator not recruitment consultant. Very bad.
I dare to ask why she left that position. She informs me that everyone was horrible and she hated her boss. No, no, no. Why on earth would she think it was a good idea to tell me that?

As far as I’m concerned the interview is all but over but she obviously doesn’t see it that way, she takes off her coat at last. Horror. Her T-shirt (yes T-shirt!) has a large stain on it. This is definitely getting worse. I feel it is only fair to finish the interview so I ask why she wants to work in Chichester when her CV shows that she lives over 30 miles away in Portsmouth. Her response? She doesn’t really but had done loads of interviews in Portsmouth but couldn’t get a job. Oh dear.

I wrap up the interview. As I get up to show her out she asks me whether I could tell her now whether she got the job because she’s sick (her exact wording) of having to wait a few days to be told she’s not right for the position. What can I do? I decide someone has to tell her why she’s not getting jobs so I bite the bullet and review the interview for her:

I tactfully explain these points to which I receive some coarse language before she storms out.

So Miss X good luck with your job hunt and to anyone reading this, for goodness sake do not repeat her mistakes!

All Chichester Jobs – All Portsmouth Jobs 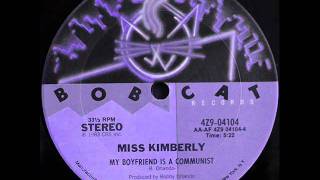 A production of Bobby Orlando that I have a very special feeling! I love it! Written & Produced By Bobby Orlando. Mixed By Denny O’ Connor copyright Bobcat R…

Find Out How To Get Your Ex Back
Posted in Get Ex Boyfriend Back | Tagged Interview, Miss, Worst